it's crap! In a funky skillo sort of a way.
bloodbaz
Challenges, Crap Games
8 Comments

“Paint the Line Red” is (we at Sqij Towers are really hoping!) the last entry into the 10 character competition.  I’m actually quite impressed by the title as I couldn’t work out how MatGubbins actually did it (‘the’ and ‘red’ are written out in full leaving only 4 chars left).

So after the brief diversion of MatGubbins last entry, we return to the tried and tested Gubbins game style and quality.  Lovely artwork on the opening title screen as per usual but nothing particularly new. 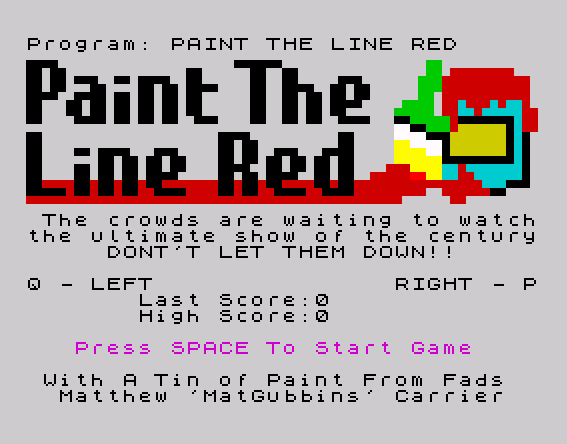 Two keys – I can manage that (just) – for Left and Right controls.  At this point, I had in mind one of those games where you had to walk around the rectangles and paint the squares but two keys is two too few.

Instead, we’ve got ourselves a ‘Horace Goes Skiing‘ type affair… 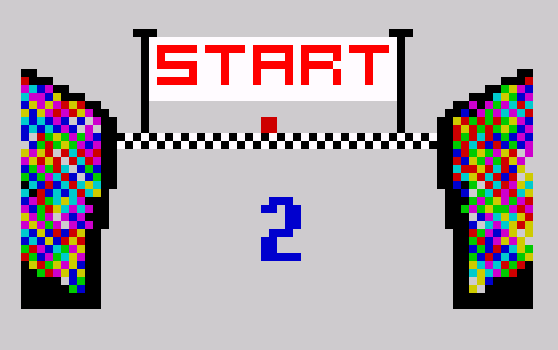 This game is pretty playable although keyboard responsiveness is a bit poor on account that this is a game written in BASIC, requires full screen scrolling, a delay between the scroll and redrawing of your red line and the use of a sadly lacking INKEY$ in the middle of it all.  Pretty hard stuff when you come to those tricky spots where holes appear in the course – they can be pretty tricky to navigate.  At every 50 steps a chequered line is passed which helps towards your sense of achievement, however no bonus appears to be given for passing one. Still, I did manage to score 115 and for once the high score is shown and retained on the title screen. 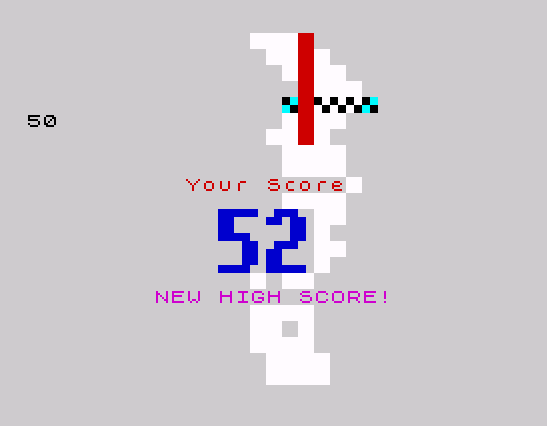 Personally, I think this game is a more polished version of Bobsleigh from The Spectrum Book of Games although I wouldn’t have fancied typing in all of that Chunk-O-Crowd stuff from a book.  That would’ve have been a bloody nightmare!