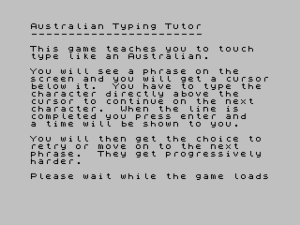 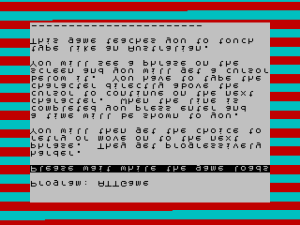 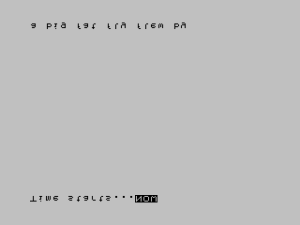 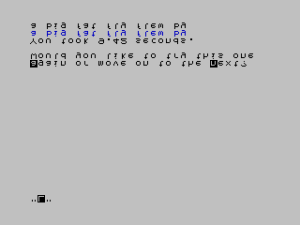 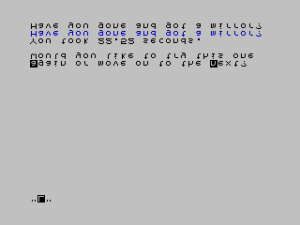 Simon Ferré is fast catching up with Dave Hughes and Sunteam in the prolificacy (LMLWD)* stakes. This, his third entry so far, is a direct result of a throwaway comment I made in the competition’s Facebook group. With the opening bars of the Smiths’ ‘Bigmouth Strikes Again’ echoing around my skull, I load the game…

Ooh, the screen’s gone black and I can see from the information in Spectaculator there’s a 6912-byte block. A loading screen! Simon obviously means business. And here it is: 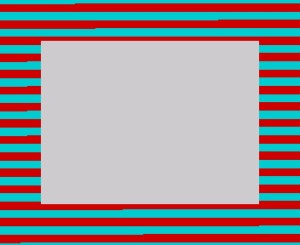 Now for those of you who are thinking “It’s just a blank screen, what was the point of that?” – you’re absolutely right. However it’s still a great satire on all those “screens” that could’ve easily been done from BASIC but still took ages to appear because of some custom loading routine (I, Ball 2 and the They Sold A Million re-release of JSW, I’m looking at you)

The game loads, and the instructions appear in another custom font – that’s two in two days! I haven’t been this spoiled since I attended the Ambassador’s reception in 1993 and ended up getting my stomach pumped after an overdose of cheap Italian chocolate. I don’t know if Simon designed the font or not, but either way it’s a great choice for a crap game, as it’s barely legible even in full screen mode. 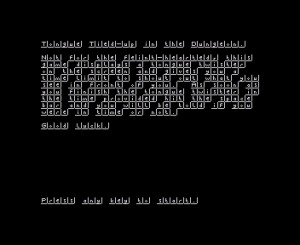 Now going by the title of the game I was expecting it to feature dungeons, skeletons, goblins and creepy spidery things. In reality it’s very different – it’s a tongue twister game. A tongue twister, for those of you who have been living in a cave since human beings first learnt to say “Ug”, is a short phrase designed to, well, twist your tongue – like “She sells sea shells on the sea shore”, or “The sixth sheik’s sixth sheep’s sick”. You’re given a time to beat, the tongue twister appears and you say it out loud before pressing Space to move on. 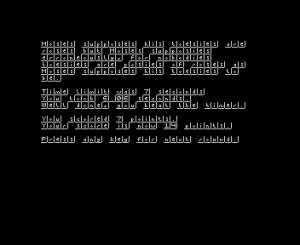 Because the Spectrum can’t hear you, it’s taken on trust that you won’t cheat and press Space before you’ve said the tongue twister. However the combination of white INK on black PAPER with the hard-to-read font soon proved too much for me – I was half-expecting there to be some anti-cheat mode, but nope… 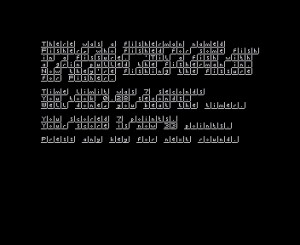 For such a simple game this is actually entertaining fun for all the family (although you might want to take out the “pheasant plucker”, “stunt kite” and “sheet slitter” rounds if you have small children), whilst still retaining a general whiff of craptitude that all competition entries should aspire to.