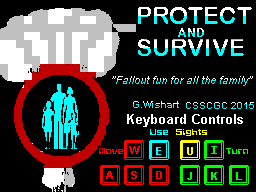 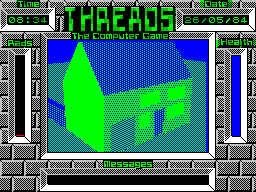 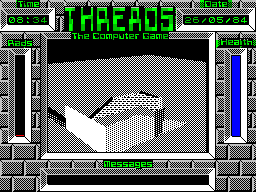 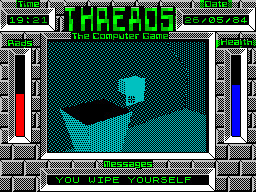 Garry “GReW” Wishart is back with his second entry for the ZX81. Now I didn’t get my Speccy until late 1985, so much like the music of the Grateful Dead, the ZX81 isn’t something I’m familiar with at all; I’ve heard of it, but I don’t necessarily want anything to do with it. However he does say to type the familiar LOAD “” command to run the game. This I try (having fired up EightyOne). I assumed the LOAD keyword would be on the letter J like the Speccy, but imagine my surprise when I get the RANDOMISE keyword – spelt rather curiously with the British “S” instead of the Americanized “Z” of the Speccy – instead! 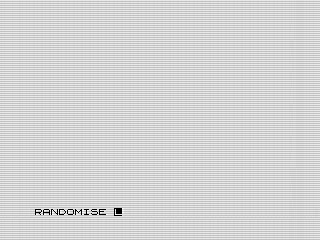 Not a ZX81 screenshot.

I jab away at some more keys, searching for the LOAD command, before realising I’ve actually selected a ZX80 in the emulator, not a ZX81, and I have to start the whole process again! Thankfully the ZX81 has a far more sensible (Speccy-like) layout and I find the LOAD key and start the tape. Garry’s sage advice is to turn on tape acceleration “unless you have an episode of Cash In The Attic to watch while it loads”. I’m curious to know what a ZX81 loading sounds like, but after a full five minutes of high-pitched whining (at least half of which is coming from the emulated ZX81 rather than assorted family members who have gathered in the Sqij Towers dining room to see what I’m up to) I give up and hit the flash load button in the emulator. 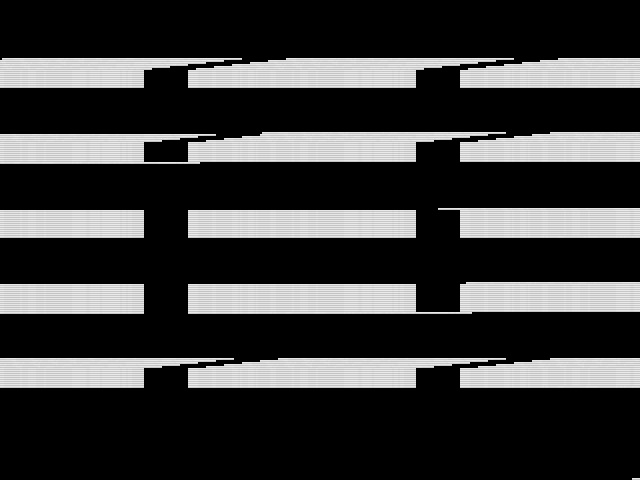 To the game – which has surprisingly detailed graphics for a ZX81, even down to the digitised piccy of Alan Turing on the title screen. The year is 1940, the world is at war, and Alan has to defend Blighty using the most powerful weapon known to man… an understanding of octal and boolean logic. 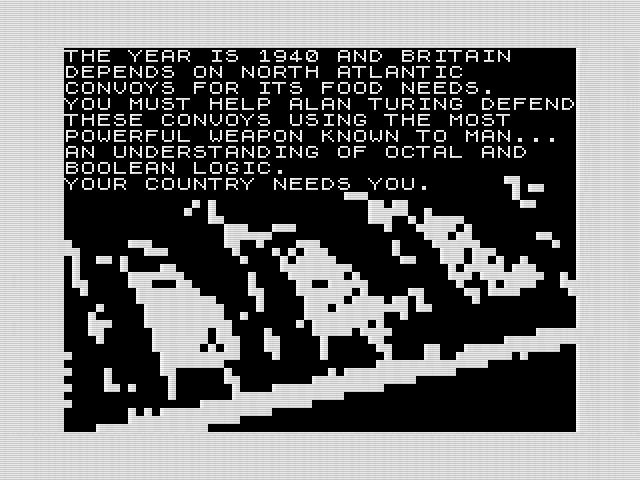 Now to me, Octal and Boolean Logic sound like a grime rapper from East London and a 1970s space disco band, but it turns out Octal is a counting system a bit like decimal but with only eight numbers (curiously, not including the number eight), and Boolean Logic is a space disco band who had a hit in 1978 with “Boolie Oolie Oolie (Turn Me On, Turn Me Off, Turn Me On Again)”. Or something.

The first problem appears on the screen, and immediately I’m faced with a second problem – I don’t have a chuffing clue what the answer is, even in decimal. At least with Geff Capes’ Hexadecimal Budgerigar Extravaganza (or whatever it was called) I could have a decent stab at the answer, but 023 minus 365? With the help of good old Microsoft Calculator I work out that 023 is 19 and 365 is 245, meaning the answer is minus 226 in decimal, or, erm, 1777777777777777777436 in octal. I think my calculator’s broken. Curses! So I just sort of stab at some buttons and one of my ships gets sunk. Rats!

However that’s nothing compared to the next question… 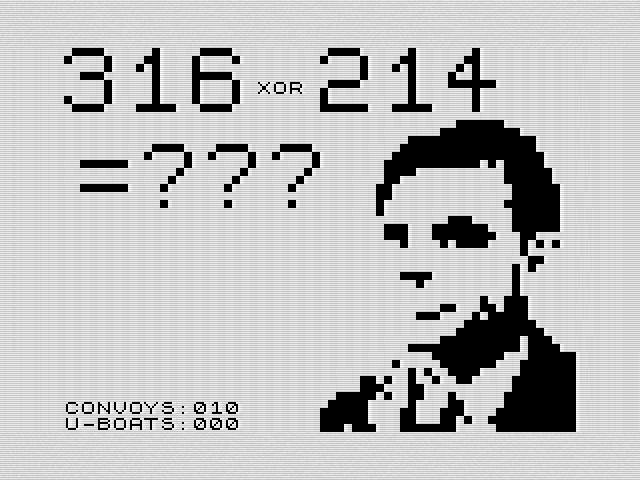 316 XOR 214? I know that XOR means eXclusive Or, but how to apply it to octal is anyone’s guess. So again I just stab randomly at some numbers and hope for the best. I notice that quite a few of the number keys don’t work either – I think this is a feature rather than a bug, as Garry states “the routine is very poorly written and has a 1 in 256 chance of overwriting the BASIC system variables and crashing the computer.” A crashed computer at this point sounded like a far more appealing prospect than playing the game, and I must admit I didn’t progress any further – but if anyone knows what happens if and when you win, send the screenshot on a postcard to Rt. Hon. Reverend Chris Young (Mrs), Acting Assistant Under-Secretary to the Temporary Chairman, Sqij Towers, 666 Boulevard des Jeux de Merde, Biggleswade-on-Sea, Kidderminstercestershire. 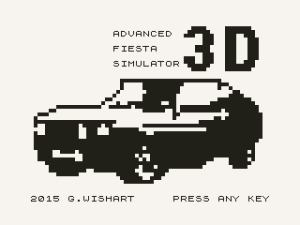 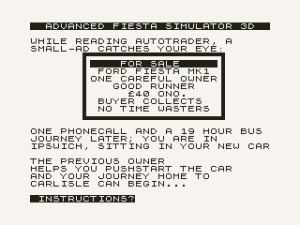 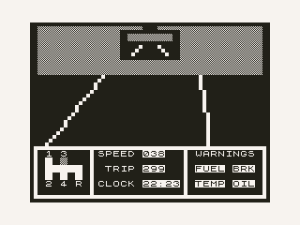 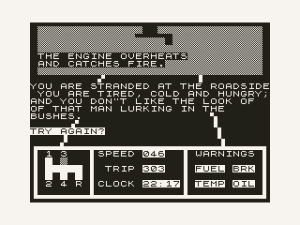