it's crap! In a funky skillo sort of a way.
bloodbaz
Challenges
1 Comment

Hello Crapsters!  Missed me?  No? Oh well… on to the review.

Next one sitting inconspicuously at the bottom of the crap game pile is another one (yawn!) from the now legendary MatGubbins.  With a notable departure from Mat’s usual Clint/cat fetish releases, this one is very minimal.  Even the featured Chunk-O-Vision™ is “black and white” only… 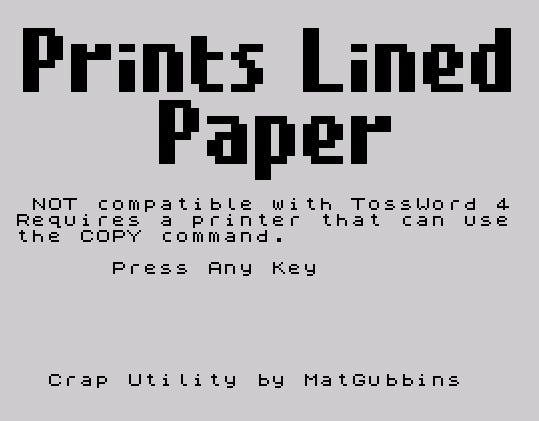 And there is a reason for that I suppose – the clue is in the title.
So what does it do? DON’T LOOK AT THE SCREENSHOT YET!!! – IT’LL GIVE IT AWAY!  Oh too late! 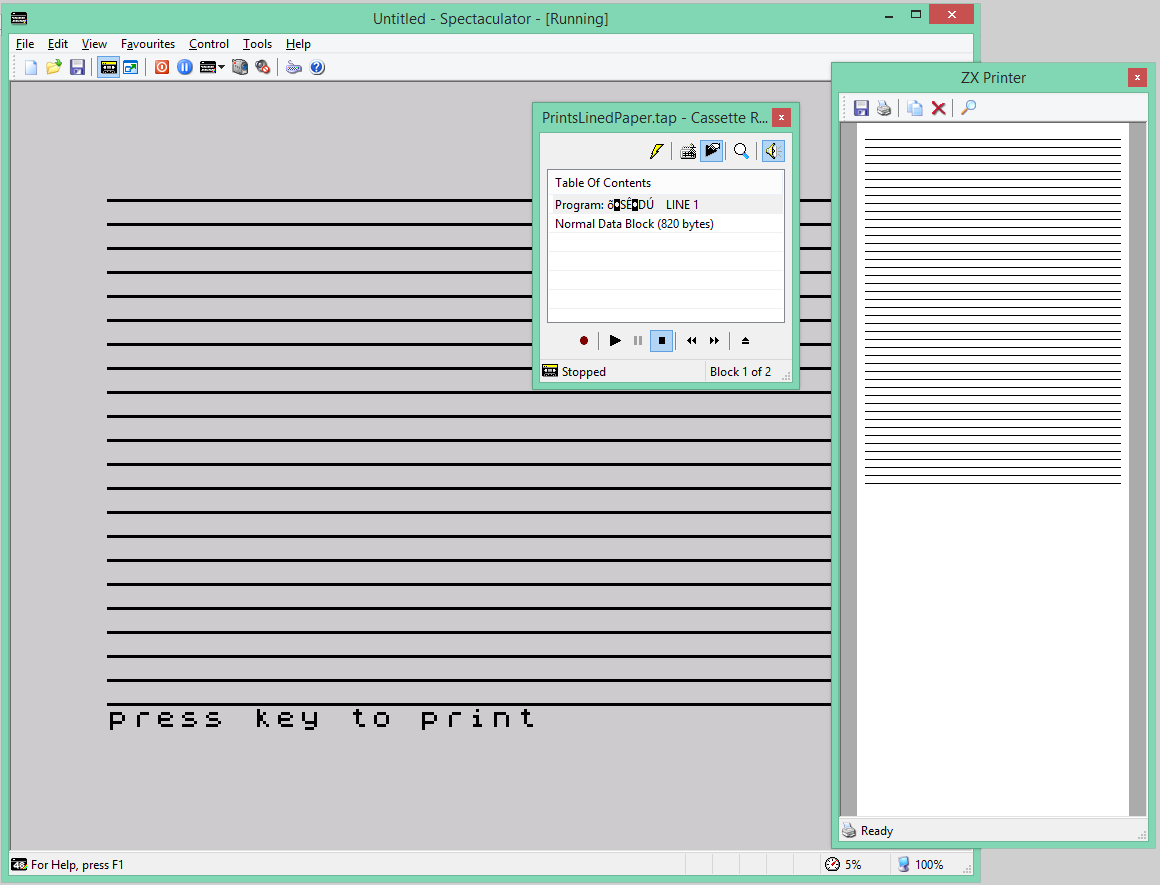 After dusting off the ZX Printer…

Yes, it basically allows you to print pages and pages of lined paper on your trusty ZX Spectrum.  I assume this software is aimed at the 80s school kid for writing out 50 lines of “I must do my homework instead of playing on my Spectrum all night“.  I can however think of much cheaper ways of procuring such stationary.  I mean, who would want to write on silver ZX Paper?  The spacing between lines is far too small for god’s sake!  In fact, I’ve got a good mind to actually brush off my ZX Printer, plug it in and run this software just to show you how crap the output is – except for the fact that my one and only ZX Printer doesn’t work quite right and actually massively overspaces the line feeds anyway, thus nullifying my argument!

Oh, and if you think this program qualifies for the 10 character compo, this again, only 7 characters were actually used in the Program: title!