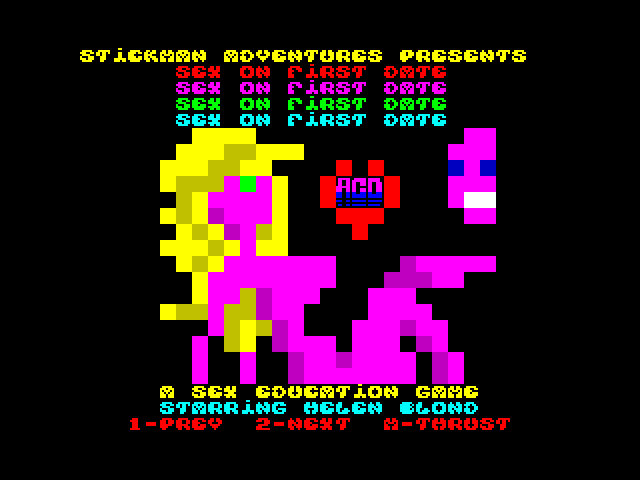 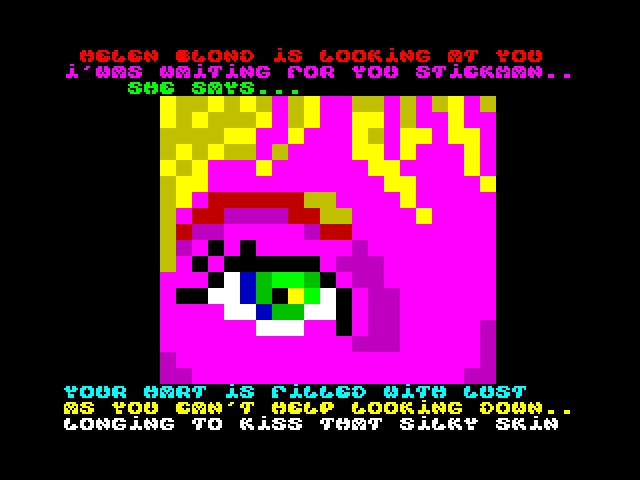 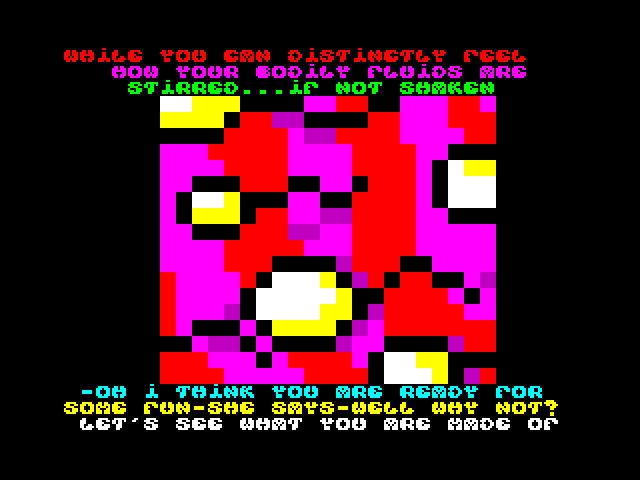 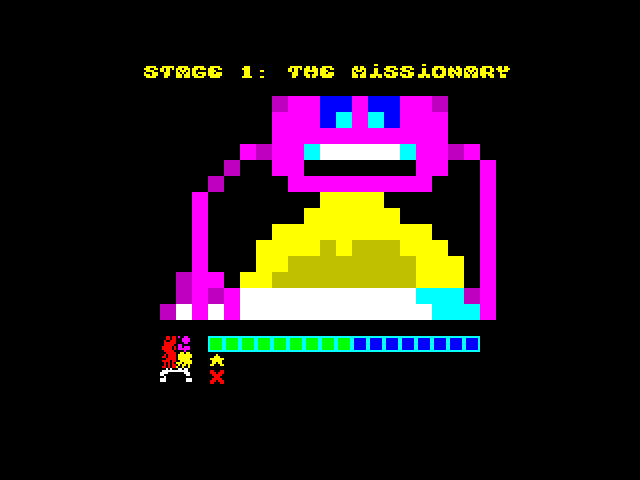 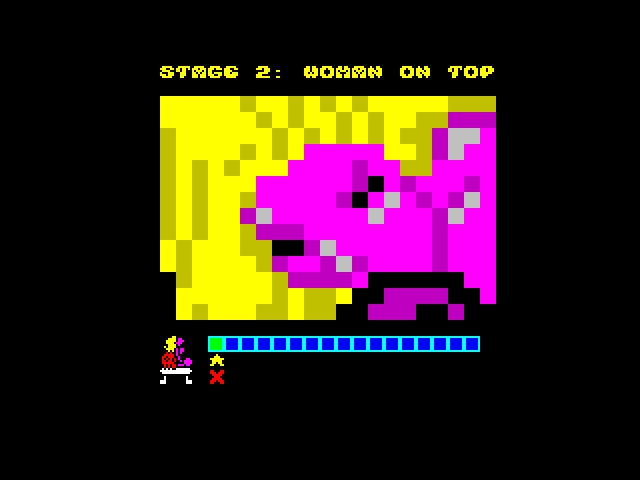 Another entry from beautiful Sicily, and this time it’s Alessandro Grussu, author of fantastic AGD game Funky Fungus from a couple of years ago, and a whole load of other games, the names of which I’ve completely forgotten, because I’m a bit crap. I don’t know what they’re putting in the water in Sicily at the moment to make its residents churn out such, erm, interesting games, but if the Sicilian crime drama Montalbano is anything to go by, they’re all as pazza come una scatola di rane* over there:

If that’s not enough, it turns out the original Montalbano novels were written by a bloke called Andrea. See what I mean? Bonkers.

This game, however, is dark as hell. According to Alessandro, The Trunk is “ostensibly inspired by Dalton Trumbo’s Johnny Got His Gun novel and film. The main character, a young American WWI soldier, finds himself into a puzzling situation. He must first understand what’s going on, then try to find a way out from his predicament. If you already read the book and/or saw the film, you know the poor soul has been reduced to a living trunk – hence the title.” I’ve neither read the novel nor seen the film, and after playing this, I don’t think I want to. 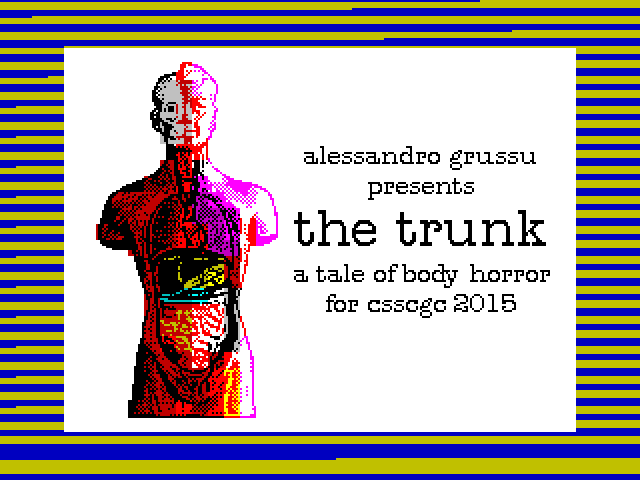 “Well I feel sorry for the elephant”

Nice loading screen, and in the tradition of all CSSCGC entries this year, it’s – all together now! – the best part of the game. It’s not that the rest of it is bad as such – a lot of work has gone into it (Alessandro used ZX-Editor, ZX-Blockeditor, ZX-Paintbrush, Retro-X, HiSoft Basic 1.1, Notepad++, Bin2data and Pasmo 0.6.0 to write the game, as well as  ZX7 compression by Einar Saukas) – it’s just “bleak, painful and unpleasant – just like war itself”, to quote the warning screen that pops up after loading. Although it’s not without some black humour: 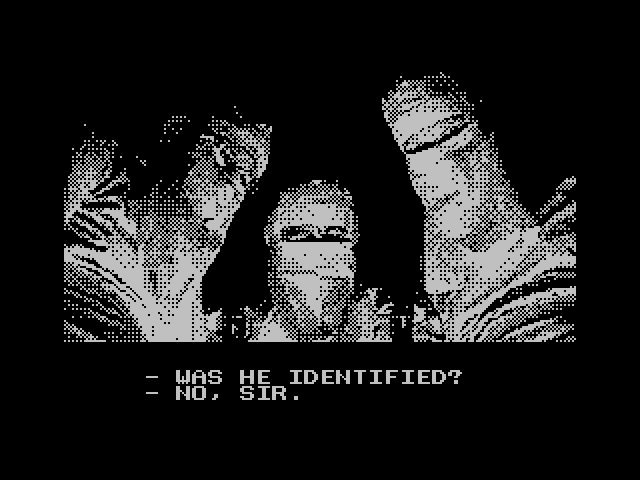 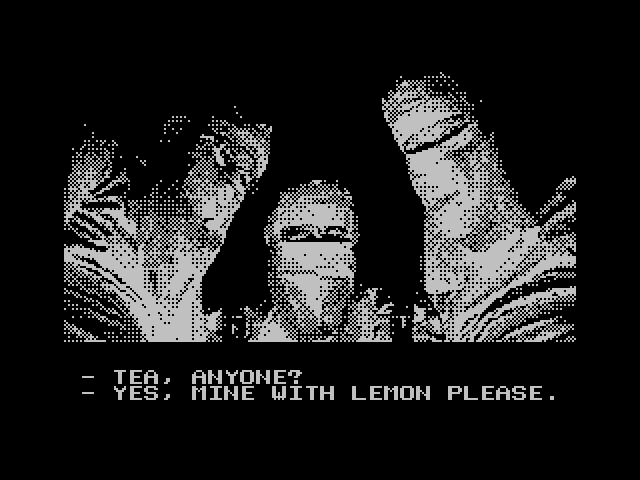 I was always a bit rubbish at text adventures, and this doesn’t appear to have changed. You are the eponymous trunk, a paralysed body without limbs and no way of communicating. You can’t see, you can’t hear, you can’t feel anything, and you certainly can’t go North and listen to Thorin sitting down and singing about gold. 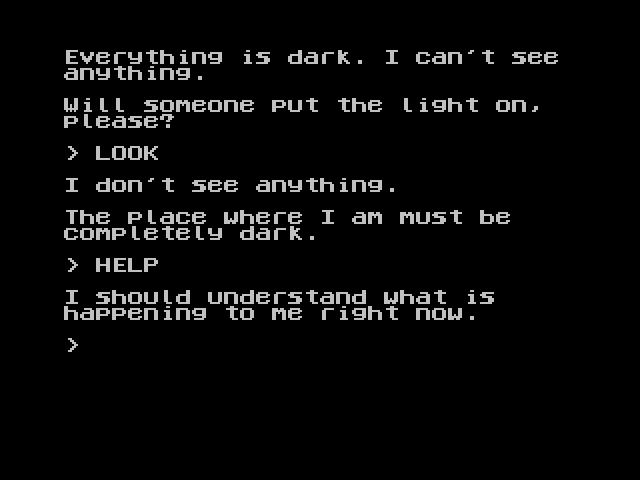 I may well have missed some command or other, but other than MOVE HEAD (You can barely move it) I couldn’t seem to do anything… which I guess is the whole point of the game. One one level, this is a crap game because it’s literally unplayable. However it is rather thought-provoking – I ended up wondering where all the baddies in Speccy games like Commando and Operation Wolf end up after they’ve been blown to bits by us gamers, and perhaps it’s here, locked in their own private hell.

And as you attempt to make sense of things, maybe you’d like to listen to this cheery little ditty from Metallica, featuring footage from Johnny Got His Gun:

Score: absolutely nothing. Because Edwin Starr was right – that’s all that war is good for.

*”Mad as a box of frogs”. That’s (Google Translated) Italian though, I have no idea what it is in Sicilian. Answers on a postcard. 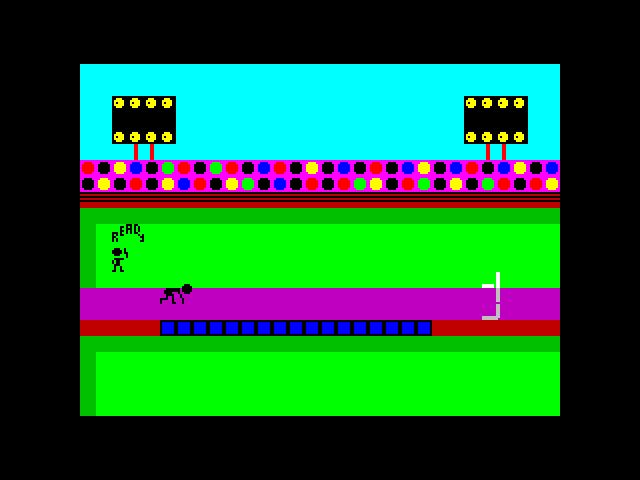 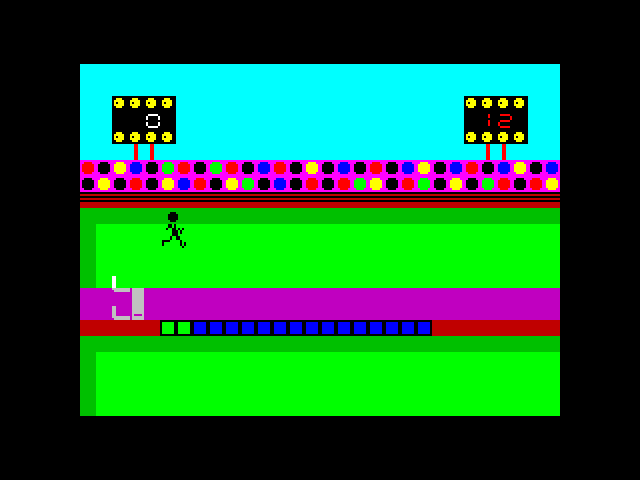 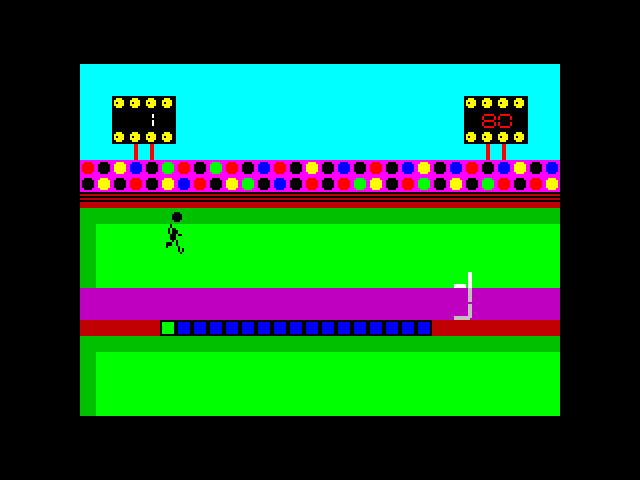 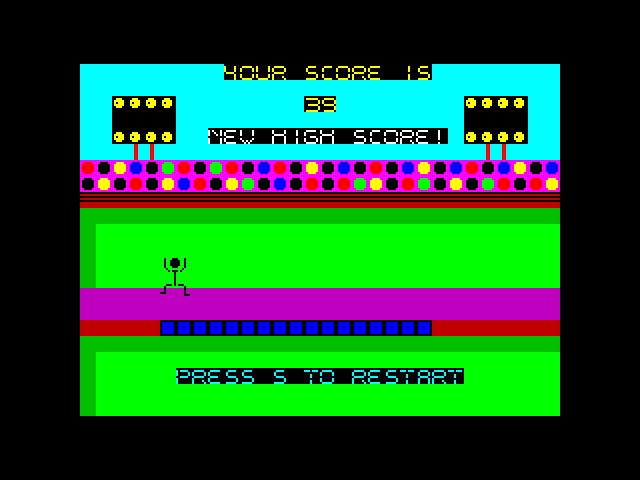