When I was ten or eleven, I made the perilous journey from cosy Bedfordshire all the way to steely Sheffield for some family party or other. Three things stick in my mind about that weekend – buying Jack The Nipper from Just Micro (home of Gremlin Graphics), annoying my mum on the train home by putting on a fake Yorkshire accent, and spending a very pleasant hour before the party playing swingball with two girls who I think were either my first cousins twice removed, or my second cousins, or possibly my second cousins twice removed – whatever your nan’s brother’s grandchildren are, anyway. And no, “playing swingball with my cousins” is not a euphemism, so stop that right now.

Swingball, then. As far as I can remember from that long lost afternoon, it’s a two-player game where a tennis ball is attached to a pole via a piece of string, and you have to hit the ball in one direction, your opponent hitting it the opposite way, until the string gets to the top or bottom of the pole. There’s 17 gazillion Speccy sports simulations but as far as I know GReW’s latest effort, International Global World Of Swingball, is the first to feature swingball.

All the best Speccy games – Monty On The Run by the aforementioned Gremlin Graphics, and, erm, Action Biker – have more than one loading screen. So does this one. 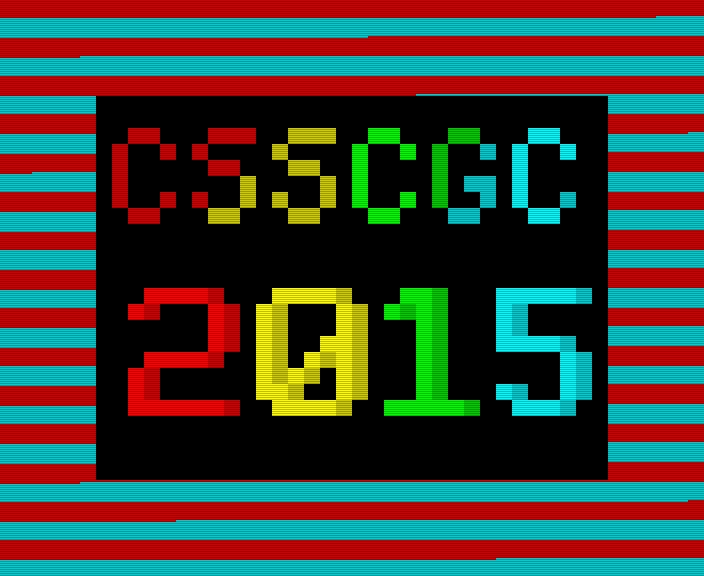 Cleverly, when the second screen is loading in the background the pixels are completely hidden by the first screen’s attributes. And look, following on from Gab Amore’s recent efforts, it’s yet another Chunk-O-Vision game! Yaaaaaaaay! 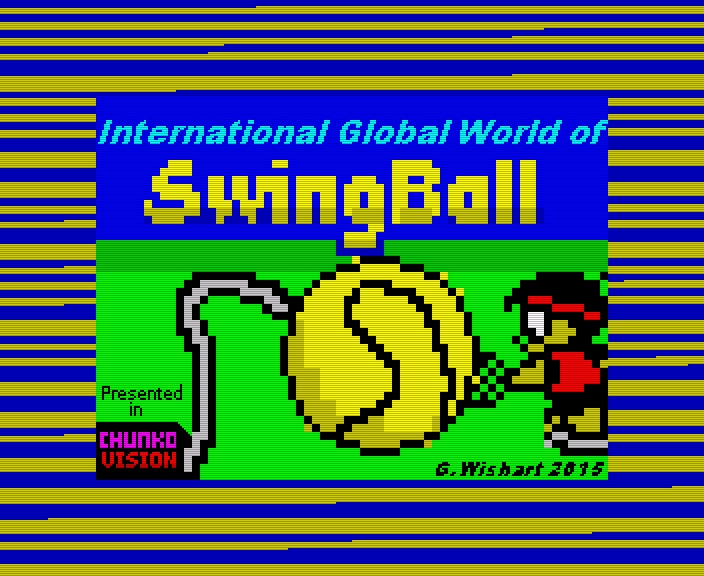 After the game has loaded you get this lovely title screen complete with typo – bonus crap points here, as all the best games have typos, like “BARMY BURGER’S” and whatever game it was by “ELITE SYTEMS” that slipped through the net. 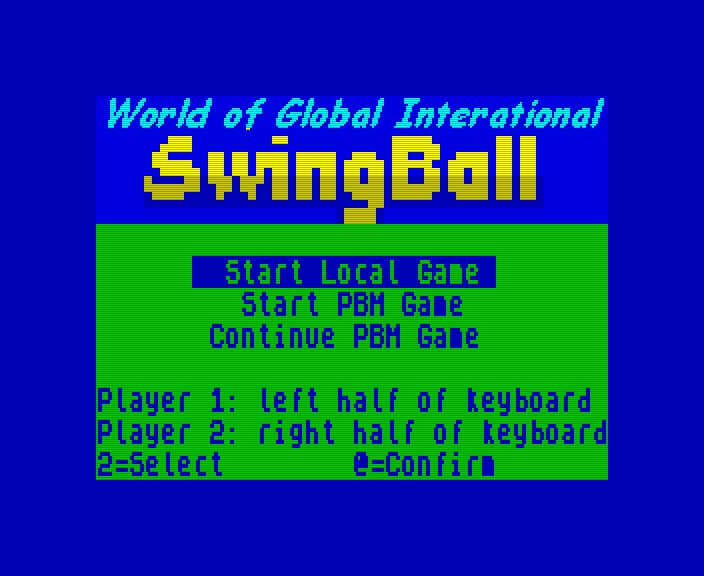 This is a two player game, which proved to be a problem for me, as I don’t have any friends, and even if I did, they’d soon run a mile if I asked them to play a simulated game of swingball on a 30-year-old computer. So I had to invent one – I’ll call him “Chris”, because most people at Sqij Towers seem to be called Chris these days. Apart from me. And Andy. And Myke (come to think of it, what’s with the “y” in “Myke” anyway? That’s just sylly.) 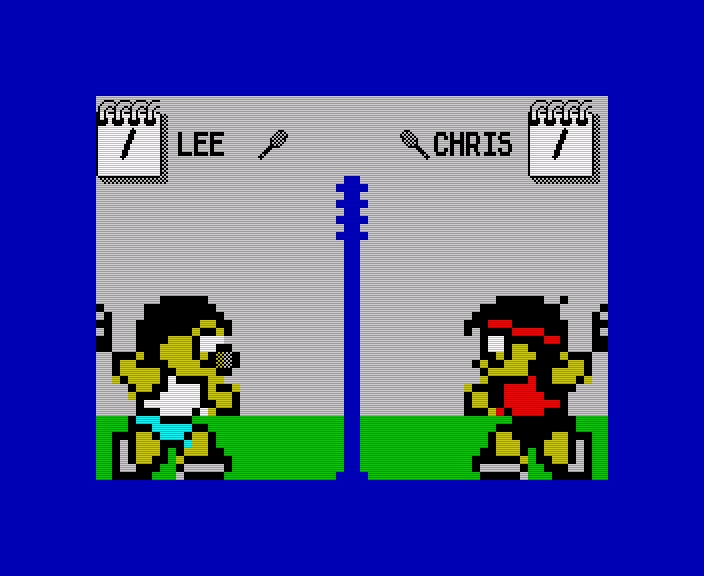 The very first thing I notice, as “Chris” serves the ball to me, is the ball isn’t attached to the pole at all. This isn’t swingball, it’s more like tennis without a net, played next to what looks like a telegraph pole or a half-submerged guitar with a long neck. That blobby bit under my eye isn’t my nose, it’s actually the ball, which I fail to hit again and again. My right hand – aka “Chris” – seems to be better at this than the rest of me, as after a few more bashes of the keyboard he only bloody well goes and “winds”: 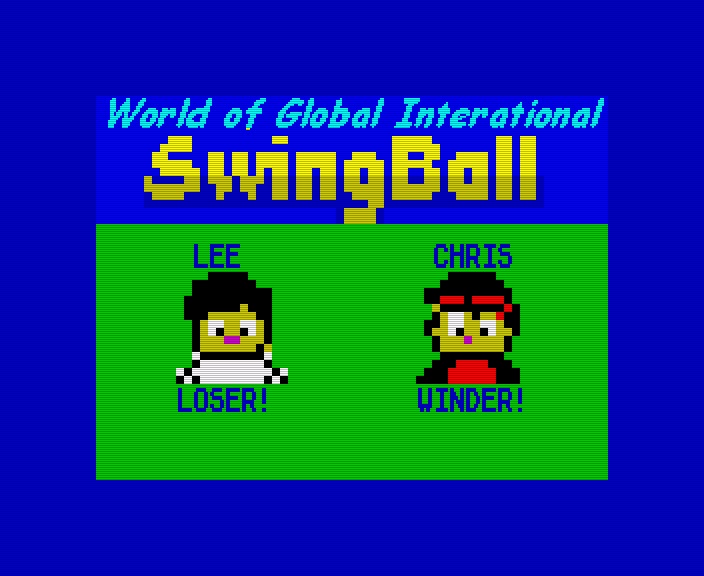 Bah. Beaten by my right hand. No change there, then.

I must quickly mention the Play By Mail option, which allows people to play even if they have no friends in their immediate area – GReW really knows his target audience, doesn’t he? So if you fancy a game by post, here’s a code to start you off: BLCEHER6I5STIAA. Time to dust off your Amstrad Em@iler and send it to me by the magical cyber-tubes! 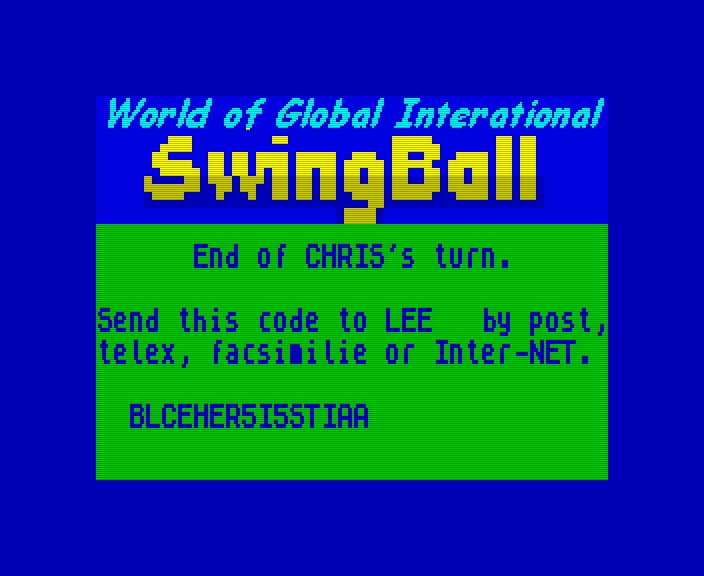 As crap games go, this is actually one of the better ones. Still utterly crap, but it’s in machine code, and fairly well presented – in fact I can almost – almost – imagine this being released by some budget software house at the arse end of 1983. Now I wonder whatever happened to my second cousins? Perhaps they’ll have a rematch, thirty years on. 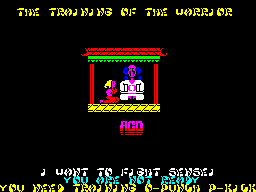 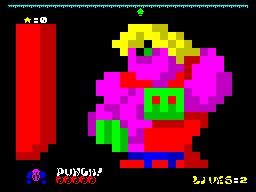 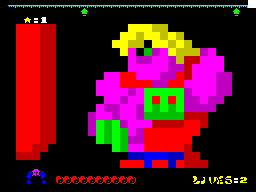 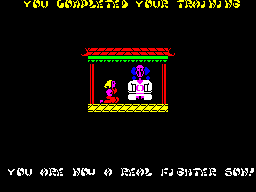 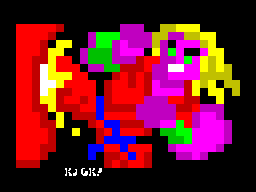