Another Chunk-O-Vision™® effort from MatGubbins. I can’t be arsed to review it, so here’s a screenshot. 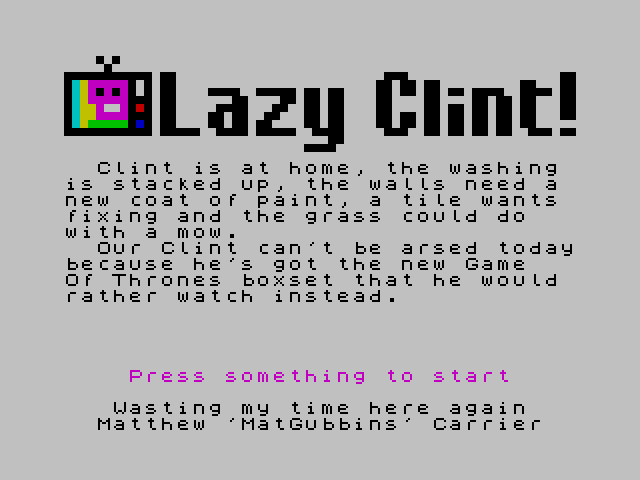 You can probably guess the rest, but if not, here’s another screenshot. 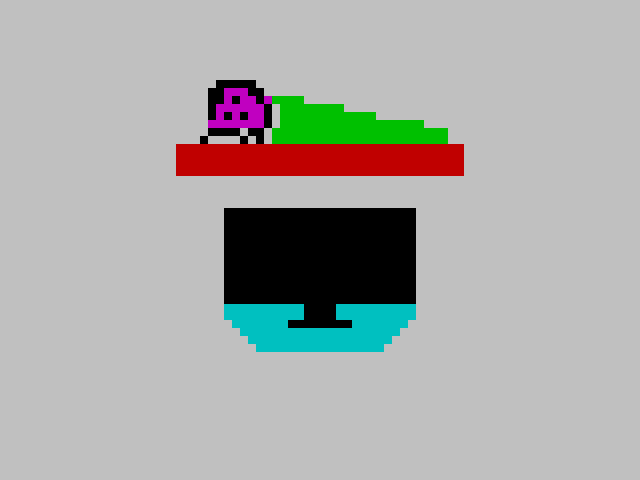 If you want to know what happens next, download the .tap here. If you can be arsed. 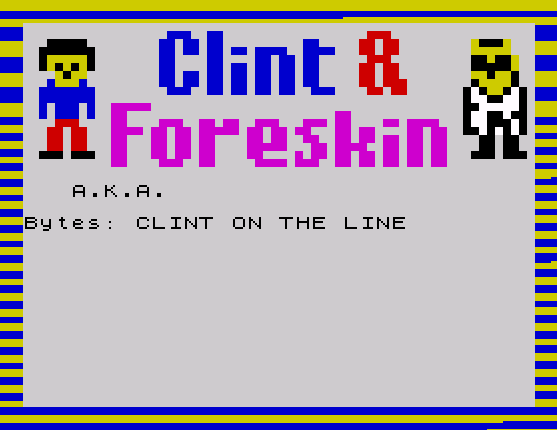 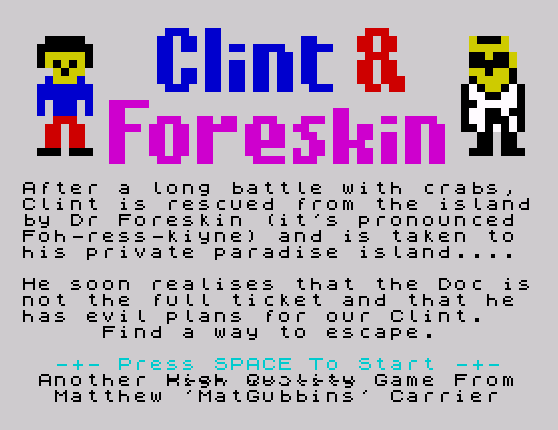 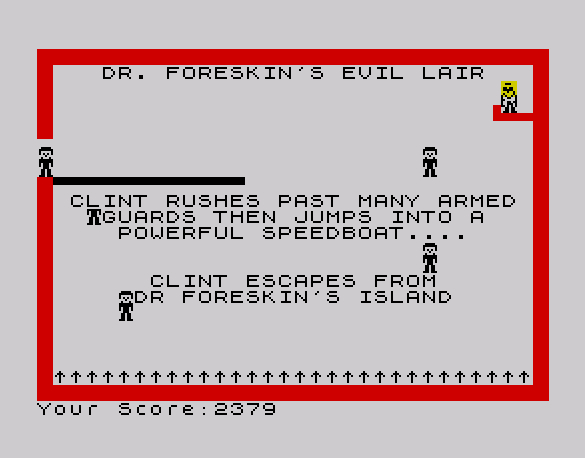