Chris Young gets the remake ball rolling with an updated (and almost topical) version of his 1999 game, EuropeVision, and by god it’s almost unspeakably awful. I had the misfortune to sit through the Eurovision Song Contest a couple of weeks ago – for some bizarre reason I chose to watch it while sober – and by the end I wanted to hack my eardrums out with a rusty grapefruit spoon, but that’s nothing compared to this game. 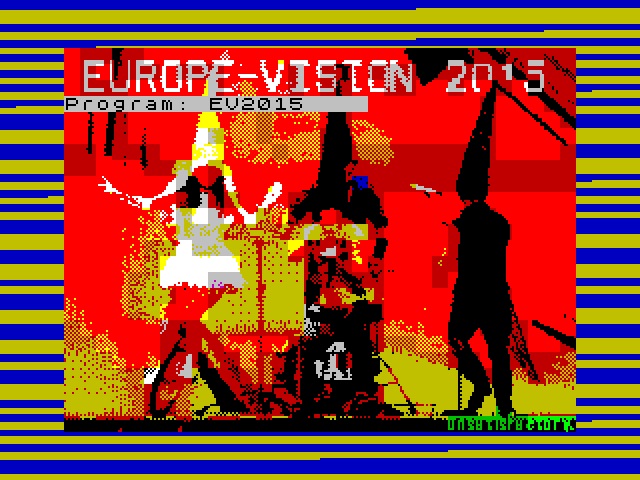 Once again Chris outdoes himself with a perfectly rendered loading screen (including obliterating filename, natch) which wouldn’t look out of place in the Tate Gallery. Sadly, this is the best bit of the game – it’s not looking good, is it? 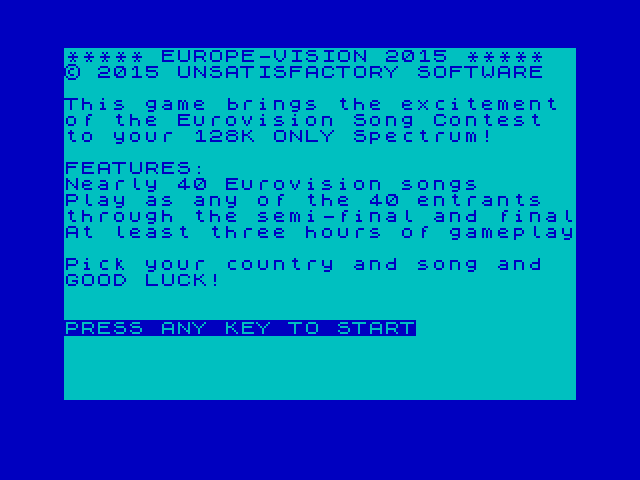 Did I mention it’s 128k only? Chris has very helpfully declined to save this to +3 disk, knowing how much these things annoy me. So it’s a .zip file, which when unzipped reveals a 358K .tap file. This can only mean one thing… a multiload! 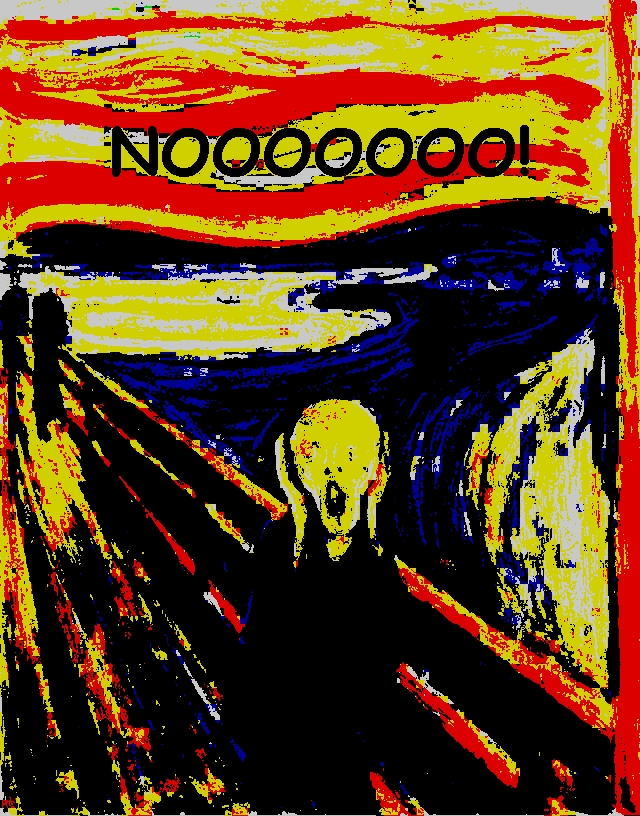 Not an actual screenshot, but I wonder if Edvard Munch ever played Out Run on a 48k Speccy?

There’s only one thing worse than a multiload, and that’s a multiload that multiloads from tape. Come back sunteam, all is forgiven.

So you choose your country, choose your song, choose your gimmick (although I’m not sure if Cliff Richard or Dana were ever “DRESSED AS A FUCKING CROW”), and wait an absolute sloth’s age for the semi-finals to progress. Finally, assuming you qualify, or there’s a “Press play on tape” message, followed by the most tedious multiload sequence I’ve ever known. You press play on the (virtual) tape, and it searches for one particular block, seemingly at random, out of 39 blocks. Aaaaaaaargh! I tried turning on tape acceleration on in Spectaculator, but then it loaded the block super-quick and whizzed past the performance sequence. So in the end I resorted to sitting there clicking on each block of code hoping it was the right one, and weeping tears of rage and fury every time the border went red and cyan again. 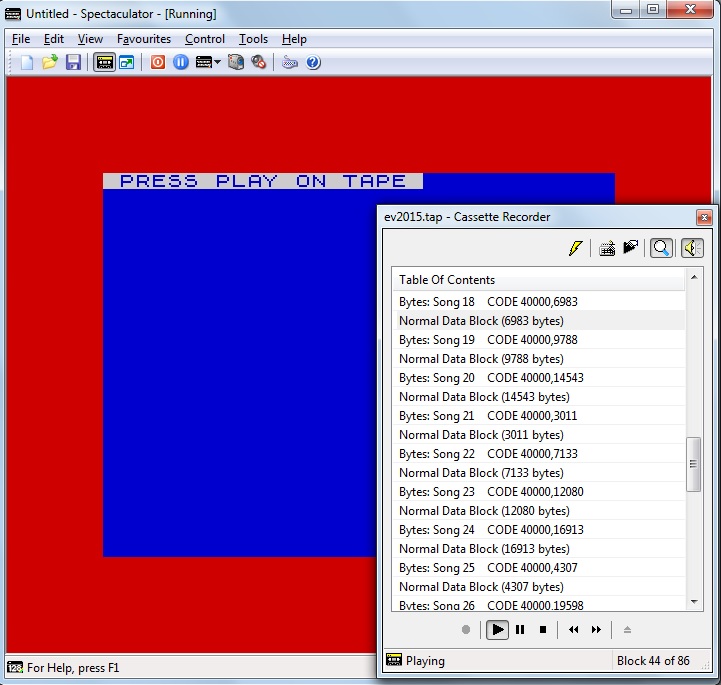 Finally, the thing loaded – it was Australia’s rendition of Let’s Get Happy, which I’d never heard before, but presumably was something to do with dwarves. It wasn’t a bad rendition actually, making me wonder if Chris has some hidden musical talents (and far too much time on his hands). Sadly not, he admitted that he cheated and used a nifty program called MIDI2AY, which you can find here, if you’re so inclined. Anyway, the song rather amusingly stopped in the middle of the second verse, and then the dreaded “PRESS PLAY ON TAPE” prompt, which I recreate here in all its glory: 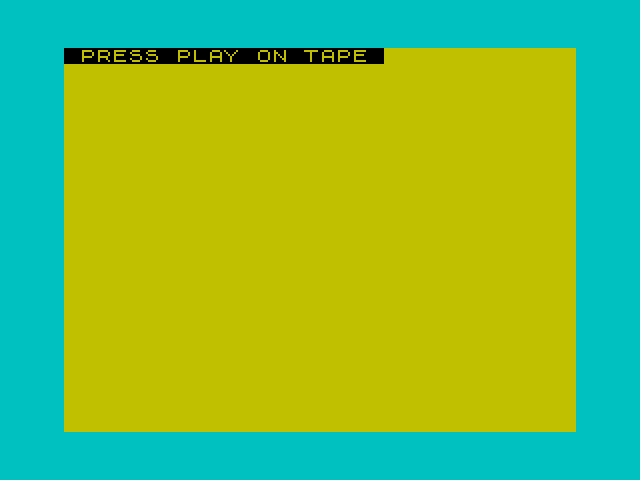 This rigmarole continued for several weeks, until I got so thoroughly bored that I climbed up the nearest tall building and hurled myself off – so I never did find out what happened at the end. But before this, I managed to record one of the songs – and here it is, France’s entry for the Eurovision AY Contest, 2015… Making Your Mind Up! (sorry but the Sqij Towers budget couldn’t stretch to a pixellated Cheryl Baker whipping her skirt off)