I’m not sure if this is a challenge entry based on the crap idea generator or if Sqij Towers’ very own Sir Christopheles of Youngington came up with the idea himself. The 4th Earl of Sandwich (a small town on the Kent coast – Sandwich that is, not the 4th Earl, who as far as I know was a human and not a small town at all) is widely acclaimed as the inventor of the tasty filling inside two slices of bread combo known to all (except the Scandinavians, who haven’t quite grasped the idea of the second slice yet) as the “sandwich”. 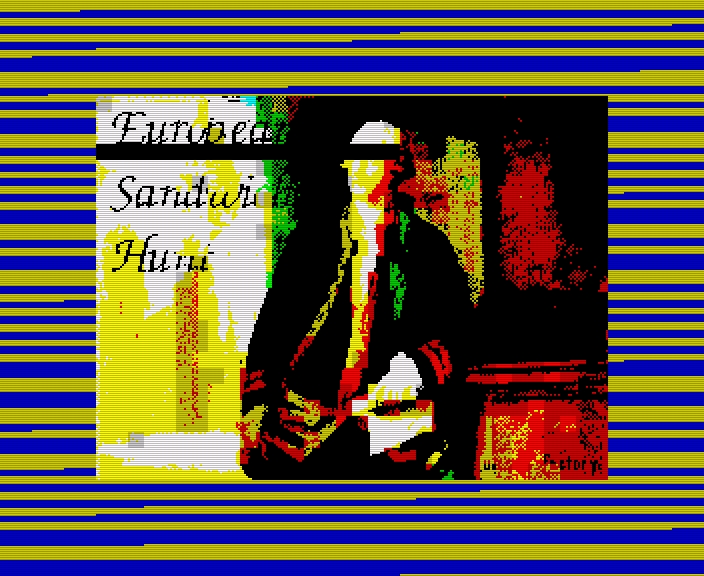 Sandwich-related fact #1: if the Earl of Sandwich had been the Earl of Cheddar, and Cheddar cheese had been invented in Sandwich, we’d all be eating a “sandwich and pickle cheddar” for our lunch. Which is just silly, unless Yoda your name is (obligatory topical reference to Star Wars to prove I’m not writing these posts in February and saving them up for now)

Sandwich-related fact #2: a member of the Dutch beat combo from the ’90s The Vengaboys (of We’re Going To Ibiza “fame”) is called Cor Sangers, which is what an Australian says when it’s lunchtime. 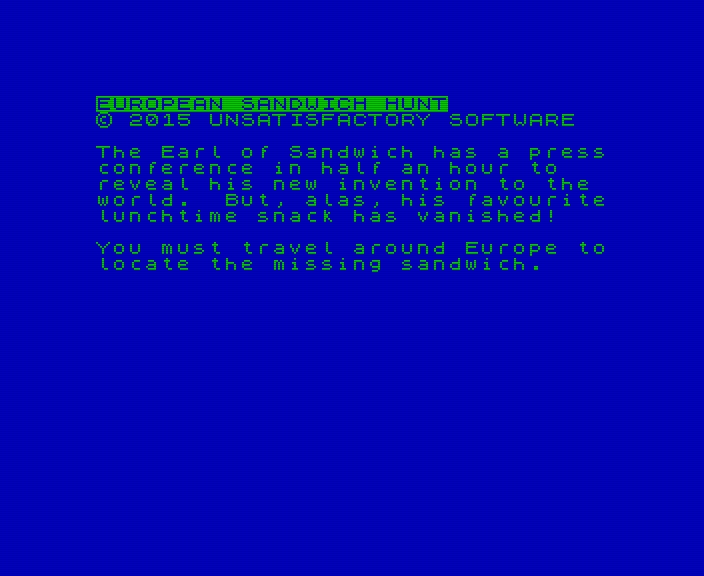 You’re the Earl of Sandwich and you have to travel around looking for your missing sandwich. The game features a horrible multiload system reminiscent of Chris’s previous Eurovision game. In fact, I have a sneaking suspicion that some recycling has gone on. In which universe are Australia and Israel part of Europe? The Eurovision universe, that’s where. Hmmmm. 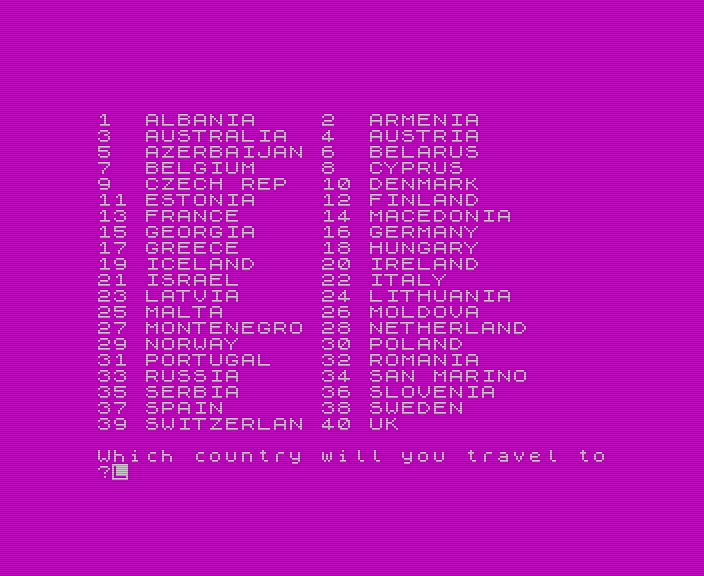 You choose your destination, and when you get there you have to listen to the country’s national anthem before the search can begin for your lost sandwich (or as the 4th Earl of Sandwich calls it, a “me”). It isn’t bloody there. So you traipse around, loading a lot of data, listening to a lot of anthems and looking for your lost lunch, which is invariably in the last place you look. I assume Chris has employed some sort of MIDI to beeper thing again to write the music, as there’s tons of it – I was particularly taken by the the national anthem of Azerbaijan, which seemed to go on for several weeks without an end. 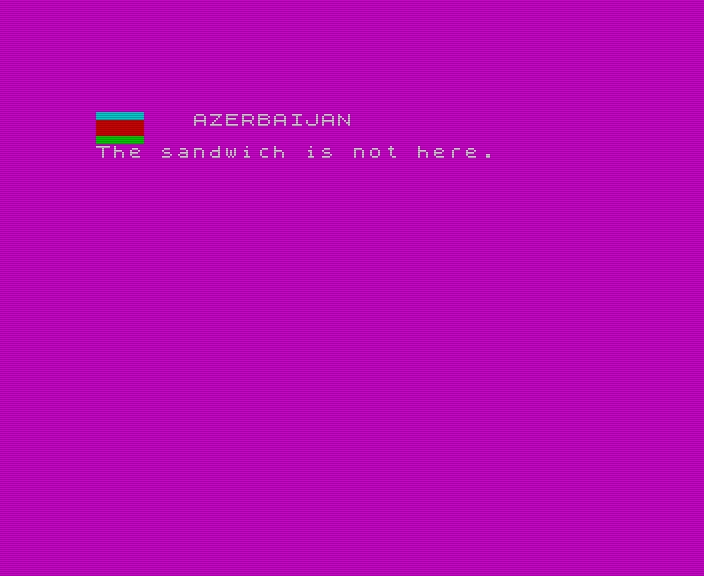 How long you spend on this “game” depends on whether you like the sound of beepy national anthems interspersed with loading noises. Right up my street, then! Assuming my street is in Copenhagen: 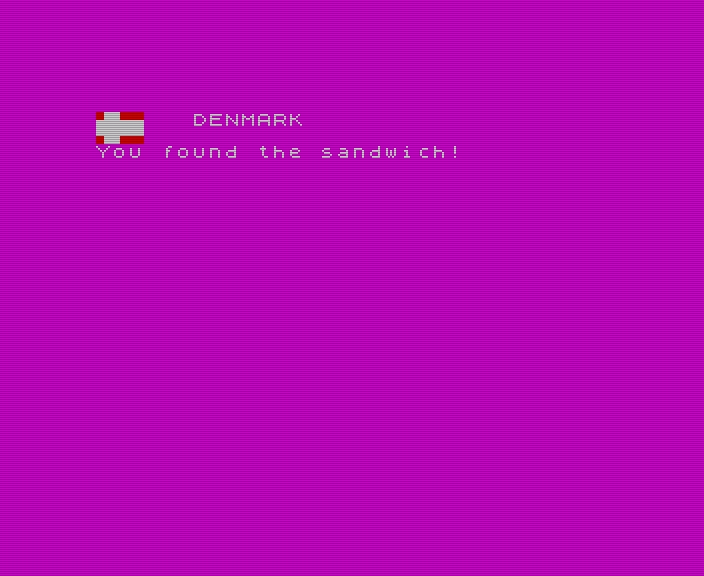 Things I learnt today – the Danish national anthem sounds a bit like O Come All Ye Faithful. And, erm, that’s it.

Score: exactly the same score as I gave Chris for his Eurovision 2015 game, except with the crusts cut off.